Welcome to Our Lab

FreekyFruits is an NFT collection on the Ethereum blockchain that is created by a talented artist and a technology enthusiast.
We decided to create this project because we want to bring art connoisseurs and blockchain enthusiasts together.

All traits are hand-drawn with an eye for detail and then computer-generated to create unique images. Some are rarer than others, but all are amazing drawings.

Owning one of Dr. Freeky's fruits gives you access to a private section on the site and gives you a chance of winning exclusive content. Be part of an amazing community by owning one of our NFT's.

Because we value your vitamin intake, Freeky Fruits consist of 3 different kinds of fruits. After every milestone is achieved, another fruit will be launched. For more details, check our roadmap.


We value fairness and transparency towards our community. Therefore you will find as much information on our site as possible. More can be found in the FAQ or Project Specifications. 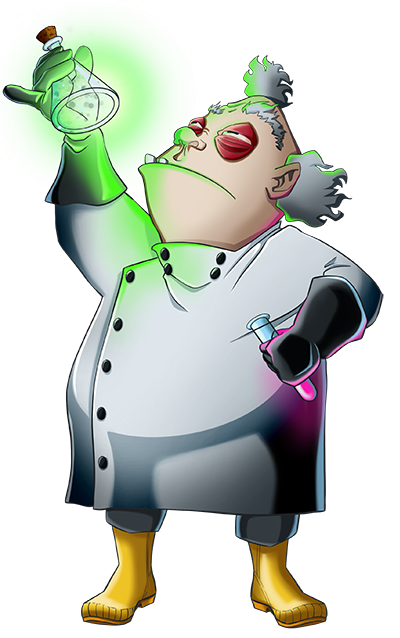 How the Freeky Fruits came to be. 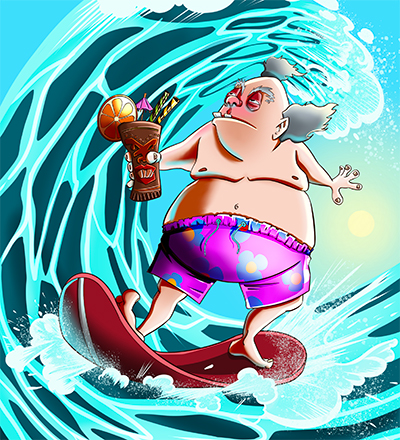 Once upon a time in a lab far far away.

It was a dark and stormy night when doctor Freeky was still at work in his lab. The poor doctor was tired. He needed a vacation. He decided he should get one, right now.
Little did he remember the bowl of fruits sitting on his workbench. These sad little fruits were poorly placed underneath a leaky flask. Drip...drip...drip.... 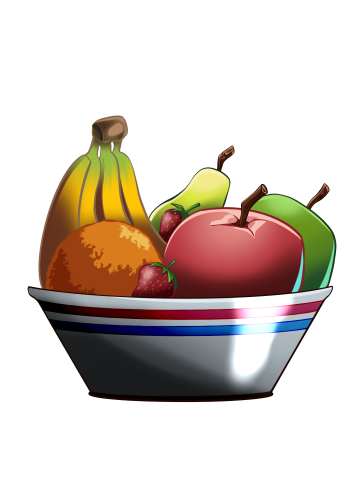 The chemicals had a strange reaction and the fruits started mutating, coming to life! But what was there to do for some innocent fruits in a lab like that? They were no doctors or scientists! 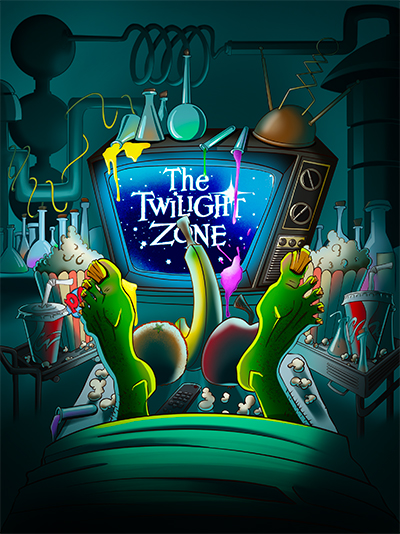 That's when they discovered the television.
All week long, while the doctor was on vacation, they watched the telly. Non-stop, because fruits do not sleep. They sat and watched and ate snacks after midnight. When the doctor returned from his trip, the fruits were still sitting in front of the television. But now there were many, many more of them. Doctor Freeky did what any good doctor would do and started experimenting on his fruits, thus creating his Freeky Fruits.

What images you can expect when minting. 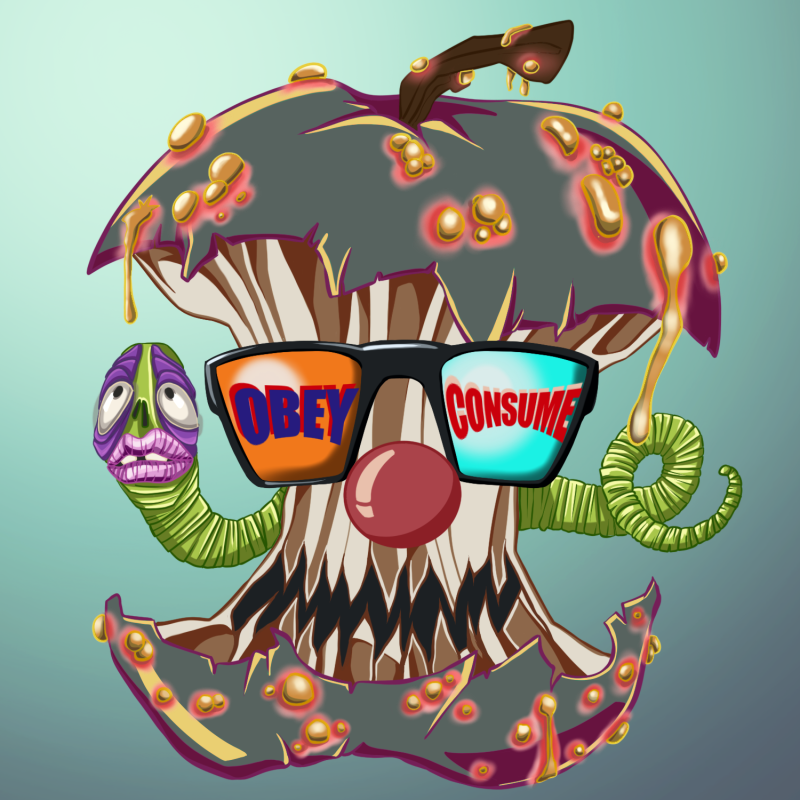 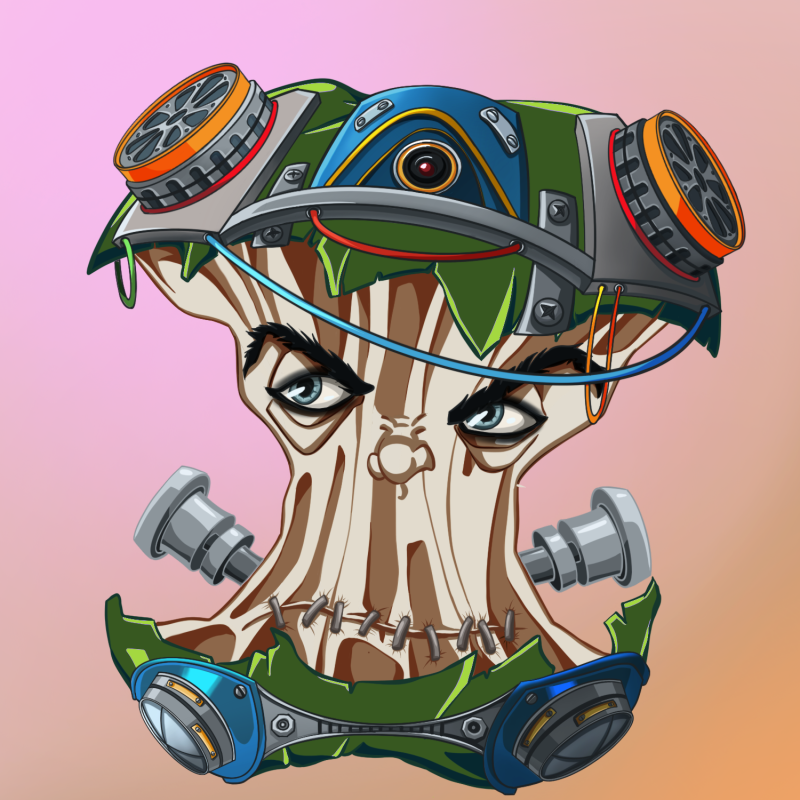 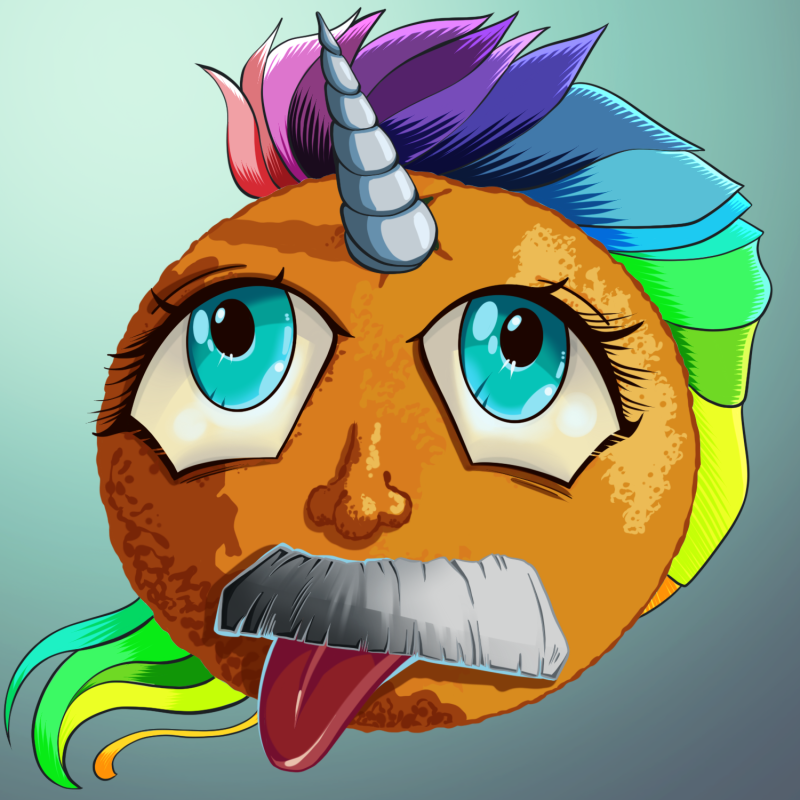 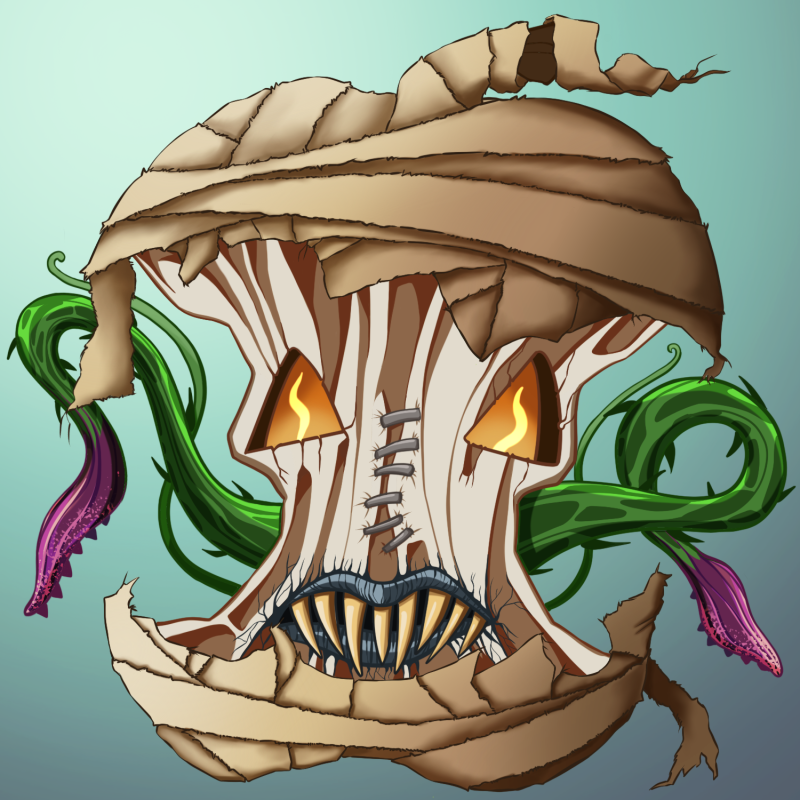 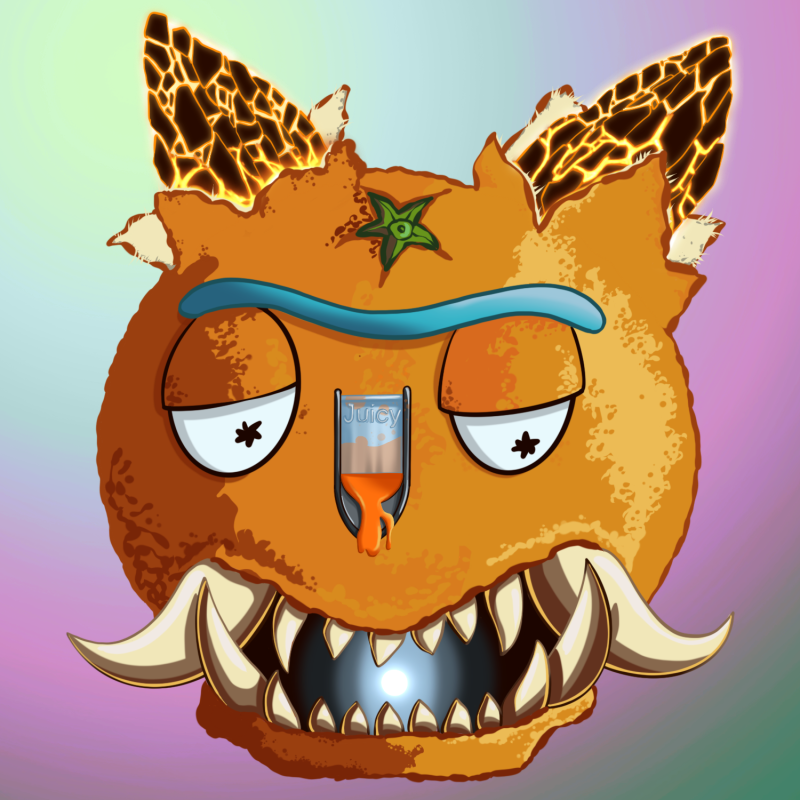 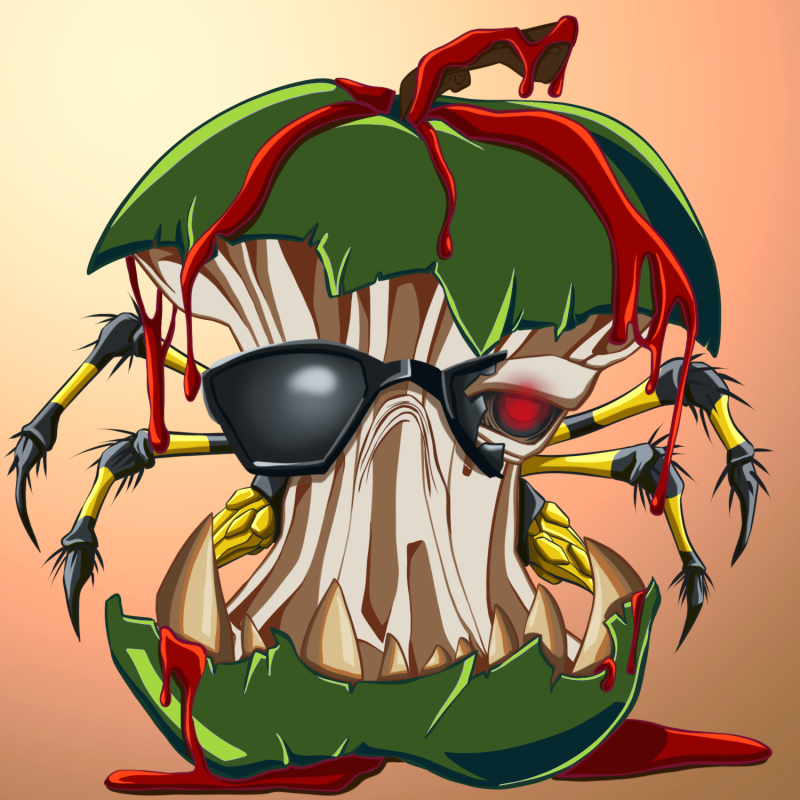 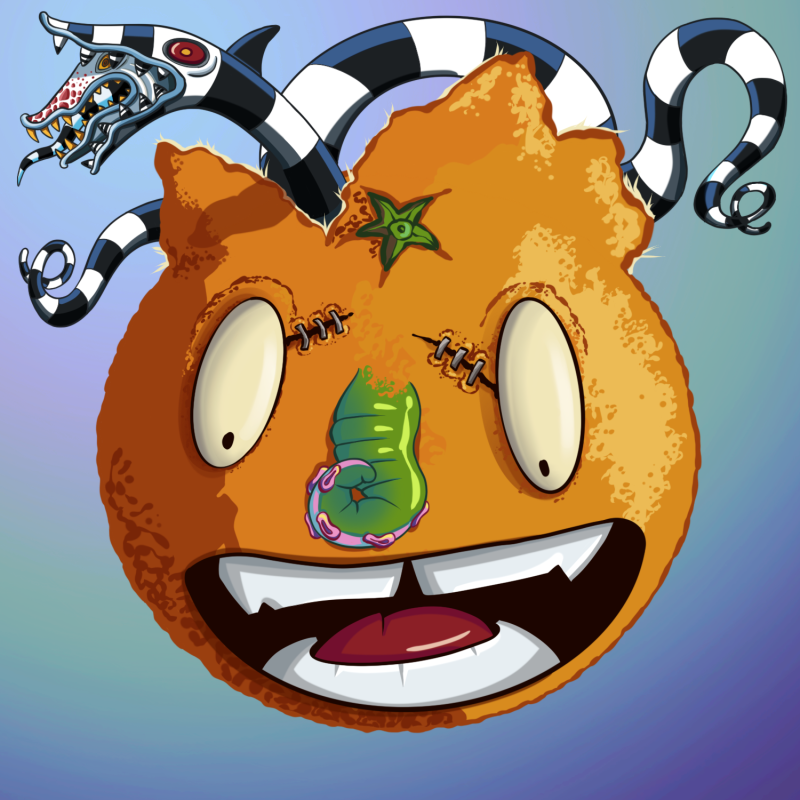 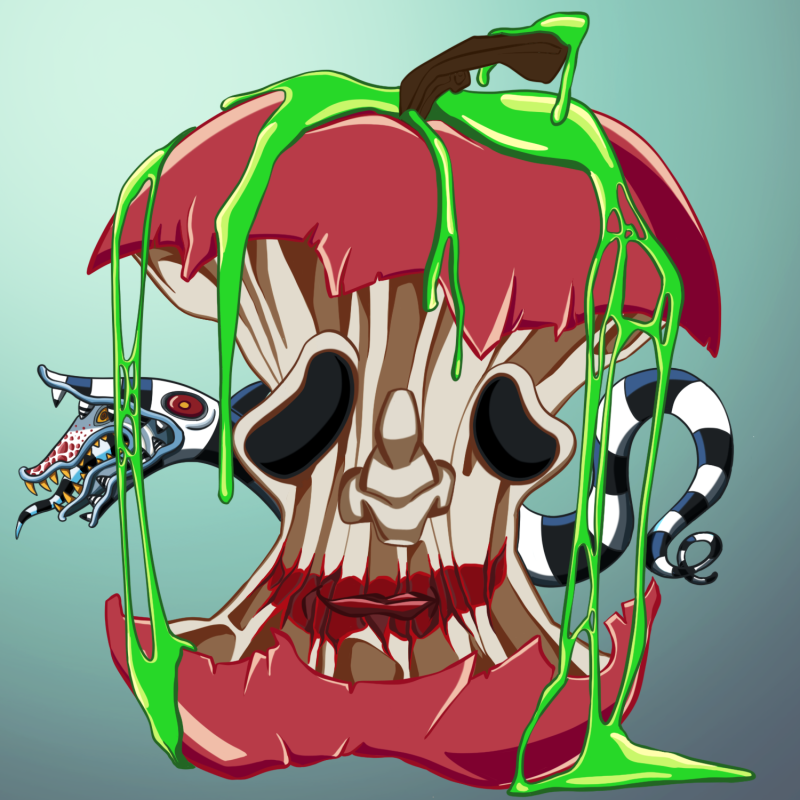 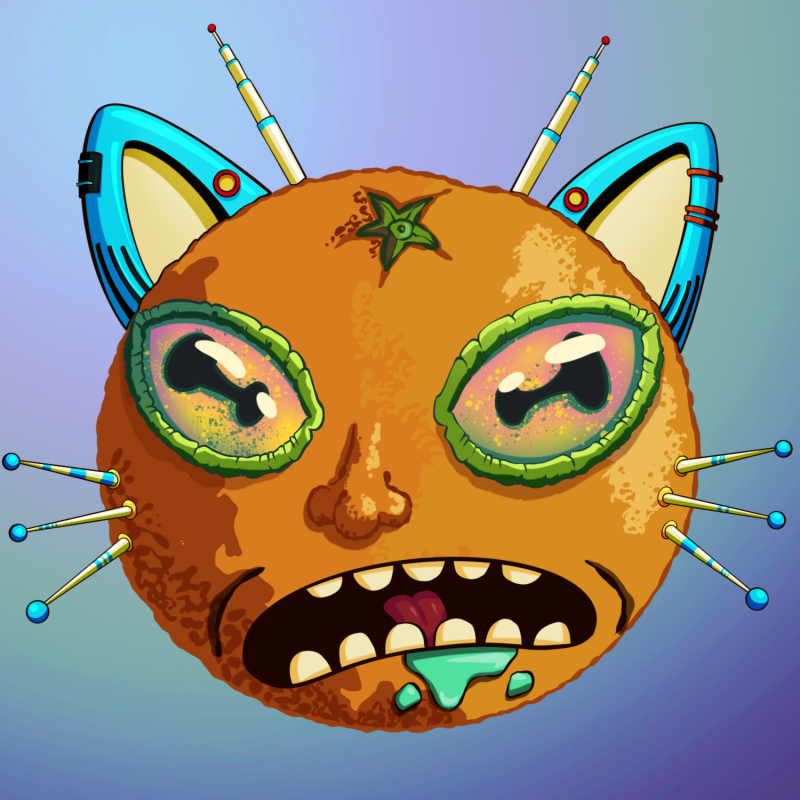 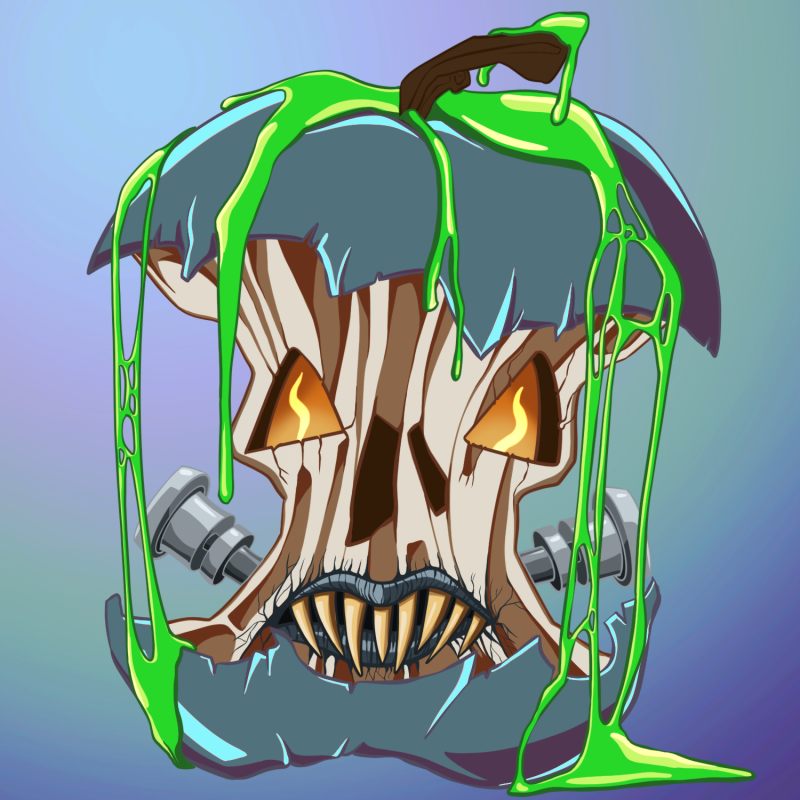 The Amazing team that made this project happen. 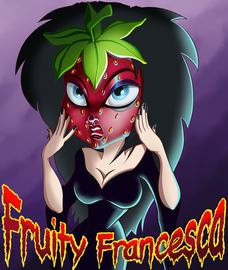 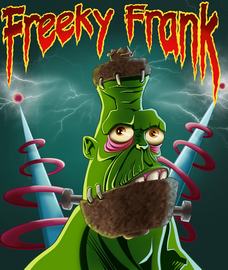 People that help us grow have a chance of getting on our whitelist. This can be done by engaging on Twitter, Instagram, or Discord. Users on the whitelist get to mint for a cheaper price. The First 100 members on Discord are automatically put on the whitelist, and given a special supporters role.

Already 3600 images have been sold. Time for the final fruit release. Whitelist will be drawn from the first 3600 holders. 10 NFT giveaways of the new fruit to holders randomly drawn.

7200 Images sold and almost sold out. We give 5 exclusive high-quality drawings to 5 holders.

All 9000 images are sold. 3 collections of 3000 fruits are living on the Ethereum chain. To celebrate we will draw 1 lucky holder that wins 10 Ethereum.

The answer to all your questions.

One of us is a graphic designer and the other is a blockchain enthusiast. Both of us are passionate about our field and wanted to create an awesome project together.

+-How many images will be released?

In total there will be 9000 images split up into 3 collections of 3000 images. Each collection will be released after achieving certain milestones. Check out our roadmap for more details.

+-Where can I buy your NFTs?

Why, here on our site, of course! Hit the big button to the Minting Lab, or follow this link. If the Freeky Fruits are sold out in the Lab, you can find them on OpenSea.

+-How can I get on the whitelist?

By engaging with our Twitter/Instagram and Discord you will be able to get on the Whitelist. Also, the first 100 members on our discord will be put on the whitelist and will get a special discord role.

+-When is the reveal of the image?

When you buy an NFT, the image is still hidden when the collection is not yet sold out. This is to keep it fair towards every buyer. Some images are rarer than others, so there can be no cherrypicking! Of course, we ensure you each and every Freeky Fruit is beyond cool and awesome!

+-Where can I find the smart contracts?

There is a smart contract per collection to keep them separate. Contract addresses will be put here later on.

+-What is the price per NFT?

+-Is there a limit on how many NFTs I can buy?

Only in the pre-sale, there will be a limit of 2 NFTs per Whitelist member.

+-When does the Pre-sale start and how long will it last?

This will be announced later

+-What benefits will I have when buying an NFT.

+-This sounds cool. How do I get involved?

A great place to start is our Discord, home to a very large and very active community of enthusiasts. All are welcome to jump into the conversation, let us know your ideas, and hang out with many others who like our collection!

The minting process basically refers to the creation of the NFT. When the collection launches, you will be able to 'mint' on this site. Just make sure you have enough Ether in your wallets.

NFT stands for “non-fungible token” — a fancy way of saying it’s a unique, one-of-a-kind digital item that users can buy, own, and trade. Some NFTs’ main functions are to be digital art, some offer additional utility, like exclusive access to websites or participation in an event. Think of NFTs as rare pieces of art that can also act as a “member’s card”.

Ethereum is the technology that powers the cryptocurrency called Ether (ETH). Learn all the details on their website.

Metamask is a crypto wallet that stores your Ethereum. It’s needed to purchase and mint a Freeky Fruit NFT. Having a wallet gives you an Ethereum address (i.e. 0xABCD….1234), which is also where your NFT is stored. Learn more about Metamask and how easy it is to use here.

+-What is the difference between pre-sale and public sales?

The presale happens only when whitelisted members are allowed to mint, whilst in the public sale, everyone is allowed to mint. Whitelist spots are given as rewards for people engaging in the community or winning contests.

+-Where does my NFT go after I purchase it?

Your NFT will appear in whatever address, or connected wallet, you used to purchase the Freeky Fruit. You can see your NFT on our website by clicking on the minting lab or viewing it on OpenSea.

+-What If My question is not here.

You can always ask in our discord.

We have 3 collections with each their own contract to keep them separate and to do the reveal more quickly when a collection is sold out. These contracts are written with GAS fee optimization in mind. This is because we want our minters to pay as less on GAS as possible. Out of some research, the lowest GAS prizes on Ethereum are from Tuesday to Thursday from 6 to 11 UTC.

When you buy an NFT of a collection, the image is hidden with a general unrevealed image. When all images of a specific collection are sold out, you will get to see your unique NFT. This is to keep it fair towards every buyer. Some images are rarer than others, so there can be no cherrypicking! We want to keep it fair and fun for everyone participating.

The goal is to build a community and bring art and crypto together. We want to create a community where we can share our collections, talk about art, and welcome new designers and crypto enthusiasts. Come and say hello on our Twitter/instagram or Discord.

When you own one of our NFTs you get access to a restricted area where you can see your artwork. Besides that, you will get access to exclusive content and participate in challenges.